Instagram, the number one photo and video sharing platform hit the market only in 2010 but has grown in leaps and bounds in recent years. It is arguably the most influential platform with more than 1 billion active users including celebrities. From entertainment to local recipes to businesses, everyone is in there to cut their share of what the platform has to offer.

When it comes to the account with the highest following, Instagram itself tops the list with 432 million followers. But we aren’t here for the Instagram account, rather for the movers and shakers of the platform that is celebrities who boast of the highest followers. From footballers to music artists, these are already at the top of their careers yet still commanding millions of dollars by using Instagram as side hustles. Everyone wants to have a glimpse into their private lives and connect with them on a more personal level, they are here to serve you just that. Who are these celebrities and what does their page entail? Keep reading as we dive into the top 10 Instagram celebrities with the highest followers of 2021!

We now come to the most followed individual on Instagram, Cristiano Ronaldo CR7. The king of Manchester and the captain of national Portuguese is well known by all and sundry. His groundbreaking achievements and numerous awards are enough reasons to be everyone’s favorite. Having played for clubs like Sporting, Manchester United, Real Madrid, Juventus. He has proved himself everywhere he stepped up on the pitch including Portugal winning campaign and that’s why Portuguese is one of the most followed or seen as idle by many around the world.

Cristiano Ronaldo has shot to the top of the rich list of celebrities on Instagram who can command as much as $1.6m for a sponsored post. His massive followers make his Instagram page the most profitable in the world.

If he isn’t posting about him shooting football in the air, then it’s about a family portrait or a guy who also knows how to enjoy the goodies of life.

Beauty leader, the founder of cosmetic company Kylie Cosmetics is arguably one of the top stars on Instagram and it’s not surprising she’s the most followed female. She is the youngest Kardashian and grew up in the spotlight together with her famous siblings in the reality shows. She is one of the world’s biggest influencers and just at the age of 21, she was announced as the world’s youngest self-made billionaire. Impressive!

Think about luxury, beauty, fashion, lifestyle, family, Kylie has got everything to feed your eyes.

Dwayne Johnson- The Rock renowned as one of the greatest professionals of all time turned into a box office star, it appears he is vested with a lot of abilities and talents that wows everyone. Hard-chiseled body, well-toned muscles, and abs, The Rock is not only one of the most well-paid actors but also regarded as the most likable person in the world.

His Instagram page is just as expected. His outrageous commitment to the gym, fun time with his kids, his eye-popping cheat meals, and many other fun activities got millions of people glued to his page.

The second footballer on the list, Lionel Messi is the captain of Barcelona FC and the Argentinian national football team. A legend in the soccer game, Lionel is one of the greatest goal-scorers in the world of sport coupled with his numerous individual awards.

With his celebration of winning Copa America, Messi breaks  Ronaldo’s record to become the most-liked photo from an athlete. His Instagram is simply what’s expected. Man in a soccer action shot, a peek into his beautiful family and other events attended.

The next on the list is our world’s music superstar, Ariana Grande. She has 6 Grammy nominations and one win to her name. She has emerged as one of the most powerful singers and performers.

Her Instagram feed is full of her performance with other artists, a sneak peek of behind-the-scenes, and everything else in-between.

From being a regular fixture in Disney television shows to one of the lead faces of pop music, Selena Gomez has surely made it to the peak of her career.  She has gained popularity over the years with millions and millions of followers on Instagram

Every post-Selena posts are worth an impressive amount of money and this is to be expected with her legions of fans. Her posts are full of popping selfies, her Rare beauty brand, her work life, pictures with family and friends, posts on human rights and so much more.

The “famous” of the famous, a socialite, a businesswoman, Kim has garnered so much international fame with her hit reality show “keeping up with the Kardashians”.  Aside from her reality show, the makeup mogul has built up a makeup empire. Little wonder she has officially risen to the post of a billionaire.

Her fans can enjoy a range of family pictures, stories, and reels of her glamorous life, modeling pictures including her branded content campaigns.

Popularly called “Queen Bey ” by her fans, this is one artist that boasts of decades of a career that has transformed pop music. It goes beyond beauty and some brilliant music, she is one of the most significant cultural icons of our time. Arguably the queen of pop ( her 28th Grammy awards making her the highest female artist ever is a testament to that).

Simple: pictures of her professional life, personal life including highlights from social and political issues.

One of the world’s biggest pop stars, it’s unsurprising he made it to the list with his great talent right from a young age. From a teenager to a singing sensation to now a religious personality, he is definitely someone to reckon with.

His posts are more of himself, his wife Hailey Baldwin, events with family and friends, and some religious stuff.

A fashion model, an Instagram star, just like her sisters, Kendall Jenner has grown up with the hit reality show  “Keeping Up With The Kardashians’. She has appeared on many international Vogue editions and has acted as a brand ambassador for many multinational corporations.

Her glamorous life. Her model and fashion work, hang out with other celebrities and selfies. 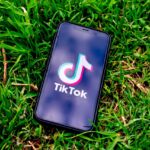 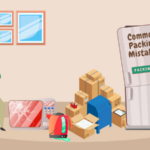 Fashion is like eating, you shouldn't stick to the

We are looking for creative authors who love to wr