Bloomberg will close its WhatsApp channel due to the new Facebook policy regarding sending messages on this messenger. The news agency has launched a new official channel in Telegram, to which over 11 thousand people have subscribed in a few days.

From Zuckerberg to Durov

Bloomberg news agency announced the closure of its official channel in the WhatsApp messenger. Instead, she launched a similar community contact tool on Telegram.

The agency made the decision to close its “representative office” in WhatsApp quickly, and it will not delay the “move”. The WhatsApp channel will be closed next Saturday, December 7, 2019.

Bloomberg is one of the world’s largest financial and economic news agencies, targeting both private entrepreneurs and large companies. It was founded in 1981 by the American politician and businessman Michael Bloomberg.

The official reason for this decision Bloomberg called the new policy of Facebook in relation to sending messages. The news agency did not disclose any details, limiting itself only to this wording. Facebook did not respond to Bloomberg’s statement.

Recall that the WhatsApp messenger, launched in 2009, has been owned by Facebook since 2014, which paid over $ 19 billion for it. The agency has been running its channel in this messenger since the summer of 2018, that is, it has existed for about a year and a half.

Meanwhile, Bloomberg has no plans to boycott other Facebook services yet. In particular, the publication has an official page on the social network of the same name, in addition, it has its own blog on Instagram.

However, if the need arises, Bloomberg can still completely withdraw from the Facebook ecosystem. As of December 5, 2019, the agency, in addition to the official website and Telegram channel, had a blog on Twitter, conducted an e-mail newsletter and attracted readers among users of the Line messenger.

A sharp rise in popularity in Telegram

Bloomberg launched its Telegram channel on November 15, 2019, three weeks before the announcement of leaving WhatsApp. Currently, it has the status of an officially confirmed resource, and at the time of publication of the material, the number of its subscribers exceeded 11 thousand people. The publication does not publish the number of subscribers of the Bloomberg channel in WhatsApp, and the subscription to the channel itself is realized by adding a specific phone number to the contact list on a smartphone

According to the publication’s plan, this channel will publish at least three texts a day, including both news and large articles in abbreviated form. Together with them, readers will have access to the analytical texts of Bloomberg correspondents. Meanwhile, as of December 5, 2019, the channel contained two publications – a welcome one and one about the protests in Hong Kong.

Behind the Telegram messenger, launched in 2014, is Pavel Durov, the founder of the social network Vkontakte. Since 2018, Telegram has been blocked in Russia, but this does not prevent it from continuing to function when connected through any provider, without using a VPN.

WhatsApp has been experiencing serious security and dignity issues over the past few months. For example, in August 2019, three vulnerabilities were found in it, through which you can change the text and senders of other people’s messages. Facebook knew about them a year ago but closed only one. The researchers warn that vulnerabilities can become a conduit for fraud and misinformation.

In September 2019, CNews announced that WhatsApp was ready to end support for devices running older versions of iOS and Android, as well as all smartphones running Windows Phone. There are relatively few such gadgets left, but, nevertheless, thousands of people around the world will suffer from these actions of Facebook, who will have to buy a new smartphone against their will if they need to use WhatsApp.

Finally, in November 2019, WhatsApp began to massively and indiscriminately block its users forever for participating in harmless group chats. It turned out to be possible to fall under the sanctions for changing the name of the chat to something that would seem to the moderators of the service to be something sinister, illegal, or malicious.

It is simply impossible to remove the block from your account. Users who fall under these sanctions are forced to re-register with the service from a different phone number, which creates serious inconvenience.

At the end of November 2019, Pavel Durov responded to massive reports of vulnerabilities in WhatsApp. In his Telegram channel, he urged all smartphone owners to remove this messenger from their gadgets. “In May, I predicted that vulnerabilities in WhatsApp would be identified, and serious security problems would follow one after another, as it was before,” Durov wrote in his channel.

Durov noted that WhatsApp “not only fails to protect user messages but is also used as a Trojan horse to spy on photos and videos that users store outside of WhatsApp.” He sees the reason for all this because Facebook is participating in the US National Security Agency’s Population Data Collection (PRISM) program.

Discovering the 7 Wonders of the World 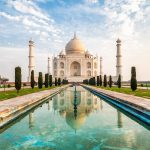 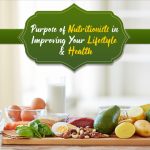 Purpose of Nutritionists in Improving Your Lifestyle