Best Beer Destinations in the United States to Visit:

From up-and-coming beer cities to the really hardcore ones, there are plenty of best beer cities in the US to explore. Many of these are top US cities to visit at any time of the year! We’ve listed some of the best ones below for you to pick from. Get aboard some cheap last minute flights pronto for your best ‘beercation’ yet!

Beer cities in the US

With over a hundred breweries and microbreweries, this is by far the best beer city the USA is home to! Start your beer city-hopping here and you won’t be let down. Offering a plethora of beers to taste, Portland is one of the best beer cities in the world! Visit in July when the Portland Craft Beer Festival is held. Exclusive brewers from all across Portland showcase their specialties to thrilled beer tasters at the event.

Playing host to the Great American Beer Festival, Denver is undoubtedly among the best beer cities in the US. The remarkable beer festival brings together scores of home-cum-commercial brewers across the US. Home to about a hundred or so breweries, Denver offers beer-lovers the chance to down some of the most delicious varieties ever. The famous Denver Beer Triangle contains about 70 breweries within itself.

Seattle is one of the best craft beer cities in the US with Fremont Brewing and Georgetown Brewing being among the local favorites. The Fremont Oktoberfest held during the fall is among the best beer fests to attend. Visitors will be served an exotic selection of delicious traditional German beers. Pacific Northwest beers will be served as well. Book business class flights and fly down to be a part of this remarkable beer fest.

Unsurprisingly, San Diego is among the best beer cities in the US. In fact, the city is so into beer that this is perhaps one of the rarest places in the world you can enjoy a ‘beer breakfast’ at. There are also beer train trolley tours among other exciting things to enjoy. This is a great place to visit with friends. Even solo travelers will have a ball here mingling with locals over a pint of delicious beer. You simply must include this in your itinerary when beer-hopping in the US!

This is the ideal place to visit if you wish to enjoy a wide range of delicious tap offerings. From Belgian-inspired elite beers to the best pub quality grub, Grand Rapids has proved itself to be among the best beer cities in the US. Having edged past being craft brewery spot, the region is now going head-to-head with major beer markets in the United States. For locals, this is the best beer city the USA is home to. Visit and decide for yourself if you feel the same.

Some of the biggest brewery names such as Miller, Schlitz, and Pabst call Milwaukee home. Beer is such a big deal in Milwaukee that they’ve even christened their baseball team after it. While many of the local brands have made top shelf across America, Milwaukee also has a budding craft beer scene. German-inspired beers are incredibly popular with the locals. Thereby, do check out the craft beer scene when in the city.

Chicago happens to be one of the best craft beer cities in the US. If you’ve heard about Pipeworks, Goose Island, Moody Tongue, and Off Color, they all have Chicago in common. The tap works fly here and you’ll be flummoxed at what to try! Breweries aren’t the only ones to watch out for in Chicago. The city is famed for hip bars all of which serve some of the most delectable cocktails ever. Yes, beer is a big part of that service. So, even if you aren’t really looking at craft breweries, just wander into a bar and enjoy a delicious pint of whatever takes your fancy!

These were just some of the many best beer cities in the US you can explore. Some of the other options you can consider are San Francisco, Minneapolis, Cleveland, Boston, and Burlington to name a few. Hurry up then! Book cheap flights to the USA with IndianEagle and explore the thriving beer scene. Enjoy your best ever beercation yet!

Buy Heating Pad Wraps that won’t tie you Down 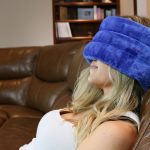 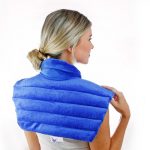 The Most Comfortable Therapeutic Cold Wrap Ever!

7 Fantastic Gifts For Dad To Gift On This Christma

Warm wishes on the occasion of Independence Day to

Happy Raksha Bandhan to all !! May you feel the po