When you think of national parks in the U.S., Yellowstone or Yosemite probably come to mind, maybe also the Grand Canyon. However, our favorite national park is Glacier National Park in Montana. I guess you could say we’re a bit biased since this was the place we ended up meeting many years ago. In those 6 months we got to know not only each other but the amazing gems this park has to offer. From hiking to rafting, there are plenty of activities for everyone to enjoy.

Once anyone sets foot inside Glacier National Park the sight of these cherry-red buses appears out of nowhere like a swarm of killer bees. These bad-ass “Red Jammers” drive a very well-known route called “The Going-to-the-Sun Road” that was marveled at the time of its construction (and even today) to be one of the best examples of civil engineering in the United States. The road goes through a huge portion of the park and winds past waterfalls, rivers, open prairies, and up mountain tops for spectacular views of the untamed Montana wilderness.

Fishing in Glacier National Park is super relaxed. There’s no license or permit needed to fish inside the park, but there are a few guidelines to follow. Some lakes are off-limits to fishing and there are species of fish that are catch-and-release only. For us it’s not about catching a fish to eat. Some of the best sunrises we’ve ever seen have happened while casting the rod among towering mountains. There’s something so unwinding about fishing anyways. It’s a perfect time to just sit back and enjoy the silence and the view. We would suggest to anyone to get more information about the regulations for fishing in GNP before actually throwing the first line. Glacier has a very sensitive habitat that could be disrupted if certain precautions aren’t taken.

Kayaking is one of those activities for us that always seems like a good idea in the beginning then turns into a huge headache after we struggle for the first hour. Then magically it turns delightful again as we finally find our rhythm. If canoes aren’t your thing, other types of boats are available for rent as well, such as rowboats, single and double kayaks and even motorboats (although we prefer the ones without a motor since any noise just interrupts the calm atmosphere).

There are very few places in the U.S. where anyone can escape into the actual wilderness and enjoy a nice bit of nature without ever running into traces of human existence. This park is one of the exceptions. Taking AT LEAST a two-day backpacking tour into the heart of the park and camping is something everyone should experience. There’s something so exciting about being so far away from everything. The stars shine brighter, the air smells fresher and the animals could kill you without anyone ever knowing. Thrilling, isn’t it? When camping in the park there are many dangers you should be aware of. Storms can bring floods or high winds seemingly out of nowhere and the wildlife is really dangerous if precautions aren’t taken. Two vital things to remember before heading into the backcountry:

Yet another water activity, whitewater rafting is something that’s especially great to do in such a mountainous region as Glacier National Park. In spring and early summer, the streams are in full spate because of the snow melt. It’s a lot of fun to shoot down the river in one of those huge rubber boats.

What would a national park be without its wildlife? Luckily, Glacier National Park seems to have gotten more than its fair share of it! The variety of animals is huge and ranges from small chipmunks and gophers to huge grizzly bears and moose. No hike will go by without spotting any wildlife, you can be sure of that. And you don’t even have to necessarily venture out to see some animals, more often than not they might just come and visit you at the hotel or campground.

Okay, so this festivity isn’t actually taking place IN the park but it’s within close proximity of the park’s boundaries. In the small town of Browning, Montana, (just outside the east entrance of the park) at the beginning of July, the North American Indian Days are celebrated. This four-day-long party is a cultural celebration of the Blackfeet Nation and its traditions. The days are filled with music, traditional dancing, rodeos, games and food – lots and lots of food. Have you ever had an Indian bread sandwich? Well, get on it. It is a grease-ball of heaven.

Try Out Your Sea Legs

On some of the bigger lakes around the park, there’s this amazing option to either take ferries or get a tour by boat. Like the Jammer tour, it feels like something only lazy people would do, but it was actually quite fun and entertaining. The tour guide was hilarious, and his mustache was awesome.

It was a nice change to see bits of the park from a different perspective especially after hiking some of the stretches from the shore. You can also make this a part of your hike where you just relax and recharge your batteries before hiking further.

How could we write about activities in Glacier National Park without mentioning hiking? That’s right, we couldn’t. It’s the main reason thousands upon thousands of people come to this park every year! There are hundreds of trails in the park which means there’s plenty of routes for every age group and physical condition. If you’re a seasoned hiker or into mountaineering, there are 150 named peaks over 8,000 feet of elevation! With over 700 miles of trails it’s no wonder it consistently ranks as one of the most beloved parks in the National Park Service by backpackers. Plus, think about the views! Like this one:

Get lost in the Montana Vortex

Making your way from Glacier National Park back to civilization you’ll be hitting the bustling city of Kalispell. Along this lonely stretch of highway is a place out of this world, the Montana Vortex! To be honest we don’t believe in  stuff like this. However, it was only three dollars and for lack of a better term, curiosity killed the cat. It’s really fun, actually, but not much more than a slightly tilted house surrounded by bent trees. It was obviously built like that, but the nut jobs running it say the vortex is to blame. It’s a typical roadside attraction, it killed an hour or so and they have this huge rocking chair out front. Don’t mind the princess in the chair.

Glacier National Park (and the surrounding area) has so much to offer. I think it would take a whole lifetime to really explore everything in the park. This brings us to one thing we absolutely can’t stand.

One activity we advise not to do: When driving to Glacier National Park or coming from it you’ll most likely notice some sort of amusement park called “Great Bear Adventure” which is located right on the highway. This company advertises that you can “See real bears up close in their natural habitat!” and that “Your car is your cage!”. The sad thing is this couldn’t be further from the truth. We personally never went in but had heard plenty of horror stories from people who had fallen for the worst kind of tourist trap there is. You drive in there with your car just to see overweight bears stuck in their too-small fenced-in habitat lazing around while licking wood covered in some sort of sugary substance, probably loaded with tranquilizers. This kind of tourist attraction is not sustainable and honestly should be banned especially in such a developed country like the United States.

Benefits of Kratom for Pain 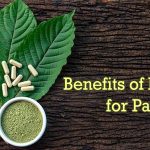 Starting Your Own Screen Printing Business? Choose Your Tools Wisely