Moroccan lovers from all over the world rush to find themselves in the outstanding North-African territory. They leave no exuberant chance to swirl in the country’s rolling deserts, beautiful oasis, bursting Metropolitan cities tranquil beaches, medieval souk cities, and much more.

The drop-dead African wonderland is celebrated across the globe for its pristine beauty and artistic lineage. Its inimitable culture is a unique blend of Berber, Arabic, and European influences that attracts every European vagabond and African elite alike.

This Perfect mix of local and foreign influences is proudly flaunted by the soul-stirring Morocco tourist attractions. These attractions are the exact record of pure Moroccan architecture, arts, craft, history, archeology, and science. These ideal never -to-Miss Morocco spots are the country’s historic museums.

The history geek world roamers would definitely find them an enlightening delight where they can learn about the Moroccan regional and cultural highlights.

You would get to know about inspiring Moroccan subjects, historical antiquities, and reverent Moroccan artists all at the same time.

So it’s the time to add in a memorable historic experience in your Morocco travel diaries with Virikson Holidays. We also suggest you target some most popular Morocco Museums after thorough browsing.

Here we have also scrambled up some popular Moroccan Museums that would that are going to be a sight for sore eyes. Pick one, two or spare time to visit all. It’s up to you.

The entire Morocco is crammed full of several architectural and historic constructions. Among them you can stop by Mohammad VI Museum of Rabat to explore the country’s social and cultural history. This awe-inspiring construction is the one that was first crowned with the achievement of country’s first International Standard Museum.  This Museum would surely take you on the visual journey of the splendid past of this North-African country. Here you would also come across the works of International artists.

This historic construction of crisscrossing alleyways proudly showcases an interesting blend of Moorish and Art-Deco influences. You would be extra delighted by the picturesque scenery of scintillating flowers of the botanical laboratory.

This glorious piece of historic construction is the ever-present gift of the talented French born painter Jardin Majole to this country. It is one of the most visited museums of the country. Stop by this amazing artifice. Stroll through the lanes shaded with green arrays of trees and filled with beauteous plants.

Capture yourself in your camera with the refreshing background of rushing stream and the pools filled with water lilies and lotus flowers.  This Museum is also a scented Botanical garden with more than 300 plant species collected from the five continents of the world.

Morocco is an amazing mix of Muslim, Christian and Jewish influences. So that’s why it is loved by every other crazy wanderer. This is the only beatific Jewish Museum in the Arabic speaking country that is the visible proof of this laudable reality.

The learned locals inside the Museum would take you on an imaginary tour to the medieval history of Jewish dwellers that dates back to 2000 years. They would tell you when the Jews entered into this North-African territory and settled here. You would also get to know about the Jewish-Muslim influences in the country.

Here you would get to know how enchanted and disciplined the Muslim rule in this Muslim country was.  It is a historical building of Tangier that was built in 17th century during the reign of a Muslim emperor Sultan Mouley Ismail.

During his time, this building was used as “the seat of residence for the Sultans of Morocco” This historic building mainly encapsulates two sections: one is the Museum of Antiquities and Museum of Moroccan Arts. Here you would also find the perfect arrangement of ancient objects and antiquities belonging to the Medieval Moroccan history.

Agadir is mainly known as the city of Beaches where you may have visited for a cool water break. But this city is also a home to the best Museums that proudly display the medieval history of ancient Berbers. The Berbers are the ancient Moroccan groups having a great role in the making of laudable country’s history.

Among these Museums you can choose Musee De Amazigh to enlighten your minds. The Museum runners would tell you the ancient stories Berbers of Souss Massa Draa. It is area of Southern part of Morocco that includes the Jaw-Dropping touristy cities of Agadir, Ouarzazate, Zagora, Tiznit and other associated areas.

Here you would also find the spectacular ancient items including Jewelry, silverwork, pottery, rugs, and tools

Why to Invest in Renewable Energy in Coronavirus Lockdown? 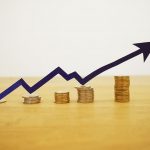 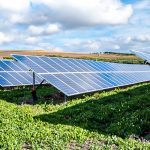