Celebrity Big Brother has been in existence since the year 2000. It is an American show that houses celebrities and has millions of eager viewers. A reality show where participants stay in the same house for several days. Participants are called ‘houseguests’ and each houseguest comes from a different background and belief. During their stay, all the houseguests are given tasks to perform and must successfully do it. Any houseguest(s) that successfully completes a task is rewarded in cash and kind. It is the responsibility of all the houseguests to clean and maintain the house. They do chores like washing clothes, vacuuming, cleaning the toilets and bathrooms, and cooking themselves. The houseguests have no contact with the house world, their families, and friends. They are not allowed to use phones unless they are given tasks that require using phones. The participants are under constant surveillance while in the house. In addition, each house guest has to go through a talking session with Big Brothers in the Diary Room. The session is called the ‘Diary Session’. Houseguests can also play and have fun in Big Brother’s house.

Who is the host of this season’s Celebrity Big Brother?

Celebrity Big Brother 2022 is the third time the show will occur.

The third season started viewing on Feb. 2, 2022, and viewers in America have always anticipated each episode. Many viewers stated that they wouldn’t want to miss an episode of Celebrity Big Brother 2022 for anything.

At the beginning of the show, Julie Chen might have subtly hinted the name of Celebrity Big Brother 2022: Season 3 possible winner. This season’s grand prize is a whopping 250,000 dollars in cash.

She hinted at this again when she was interviewed by a news magazine. Julie said that among the eleven housemates, there is one person that will win. However, she didn’t categorically mention the winner’s name. Rather, she referenced a common pop-culture phrase known in the ’70 called ‘Whatchutalkin about?’ as her reply.

For those who don’t understand, here is an explanation. One of the houseguests is an actor named ‘Todd Bridges’ who mentioned the phrase in a film. Todd Bridges acted in a sitcom called ‘Diifrent Strokes‘ as Willis Jackson for eight years. In the sitcom, his younger sibling, Arnold, asked him with the phrase “Whatchutalkin’about, Willis?” The phrase became so popular because Arnold always asked his older brother, Willis, this question.

Because of this, viewers clued into the key point, Todd Bridges, as the person Julie talked about.

However, it is not clear if Todd will remain with other finalists at the end of the show.

The show will come to an end on Feb. 23 and the winner will be announced on the spot.

Celebrities that are participating in Celebrity Big Brother 2022

The following are the list of celebrities who are houseguests in the Celebrity Big Brother Season 3 show:

All of the contenders were interviewed before they went into the house. They were asked to give reasons why people at home should give them their votes.

Chris Kirkpatrick replied that he wants to reveal Celebrity Big Brother Secrets if he wins. In his words, he wants to enjoy his time in the house and win the show. He wants to show people at home what goes on behind the scenes in big brother’s house. Also, he intends to let the viewers have a glimpse of what the Diary Room is all about. He anticipates what the show will bring him during his stay in the house.

Unfortunately, Chris Kirkpatrick can’t disclose any secrets immediately after the show ends. This is because all the participants have signed a three-year non-disclosure contract with Celebrity Big Brother. If any participants violate this rule, they will be penalized or fined.

Todd Bridges was a voluntary MC during the first tasks ever given to the participants. This was a risky move as he could have been among the first evicted contestants.

When the show premiered, Kirkpatrick’s son told viewers to check out his head of house room.

Shanna Moakler, therefore, questioned Kirkpatrick to know how much he loves the Big Brother show. However, Kirkpatrick said he watched it once when his friend was competing.

Furthermore, Shanna didn’t reveal if she loves Big Brother or merely likes it.

On the other hand, host Julie said she was anxious during the premiere episode. She subtly stated that another chance for ‘power‘ is hidden in the gala gifts. This secondary power is different from the main power, which is the Head of the House power.

What is Head of House?

Houseguests must compete with each other and follows the rules and regulations. Those who disobey the rules will be punished, given a warning, or evicted depending on the offense. Each participant must compete to stay in the house and avoid possible eviction. Every week, a Head of House(HOH) is chosen among the participants. The first HOH is Miesha Tate who got the power during the first episode. To be the HOH, you must be the winner of the weekly tasks and games given in the house. The HOH will be the leader of the houseguests in the house. Furthermore, Big Brother communicates with the HOH and gives the week’s tasks to him/her.

The HOH is safe from celebrity big brother eviction and is given rewards. Additionally, HOH enjoys some privileges other houseguests do not have.

Eviction is done in each episode shown. Viewers at home vote for their favorite houseguests. Houseguests with the least votes will be up for eviction. Those with the least score among the houseguests up for eviction will be evicted. This will continue during each episode until there remain finalists before Feb.23. On Feb.23, the last eviction will occur, and the last man or woman standing will be the winner.

Are there any Celebrity Big Brother Secrets for contestants to avoid eviction? As stated earlier, viewers, family, and friends should vote for their contestants if they want them to win.

In conclusion, the power rest in the hands of the viewers at home. Their votes will determine the winner. 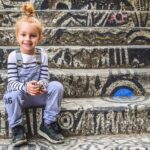