Flashback to a few months back just before the lockdown, life felt like a bollywood movie. With festivities and weddings being celebrated in full swing, with aunts and uncles dolled up in traditional clothing, younger cousins running around the ancestral mansion with joyful shouts filling the suite and the entire family grooving to the beat of ‘London thumakda’. College students being their usual ‘Fukrey’ selves while young girls roamed around basketball courts looking for their ‘Raj’.

Everything was going perfect, and suddenly a halt from COVID-19 sent us flying from ‘Raj Mahal’ to ‘Roti, Kapda aur Makaan.’

Almost everyone, now, has been affected by the lockdown and restrictions, the pandemic has brought as gifts along with the virus. Major industries that would once support the economy, in the past unfortunate months, have been struggling to barely justify their existence. So, like all the others, we must not fail to discuss one of the most lively industries to be a part of, the one that would put a smile to even the coldest faces, whose beats and tunes would put rhythm into tired feet and complete weddings, parties and festivals. None other than the Bollywood Industry.

How has the Bollywood Industry and our favorite celebrities been coping with the Lockdown? Here’s some tea spilled and facts revealed by our cinema insider, Mr. Madhu Mantena, who has produced award winning, all-time favourites like Ghajini, Queen and Masaan to name a few.

So, without further ado, here is how Bollywood Celebs are taking the lockdown so far:

‘A few months back, billboards, commercial advertising, clothing, décor and what not would be promoting films or a new series installment hyping the crowd by revealing casts or dropping hints, sometimes stating the most iconic lines to leave an impact on the masses, but since the lockdown has hit…’ Mr. Madhu Mantena sighs a heavy breath, ‘Production has been a challenge, let alone promotion. Since the lockdown has brought a number of restrictions along with itself, major locations have been shut down, crew and cast shoots have been almost impossible. ‘Not only that, even if adjustments and compromises are made, quality has been lacking despite the best of efforts.’ he finishes. His wisdom speaks out being a top tiered producer himself.

Filmmaker Karan Johar who was supposed to start shooting his next film Takht – a big period drama – this April, has his team already constructing sets in Europe, but speaking to Rajeev Masand, Johar he expressed his concern about the future: “We had a palace in Florence that we were shooting in and we were shooting in Spain at the Alhambra. We had recced this for two years. It’s not one of the major concerns one should have right now. It’s what happens.”

As one of the most powerful producers in India, he has two films ready for release and seven others in production. Trade experts have suggested that the postponed films will suffer losses when they eventually release, but 83 director Kabir Khan is hopeful. He predicts that the “industry, as a whole, is going to slide by in about four months”.

But Bollywood stars and directors are also aware that their problems fade in comparison to what the poor are facing.

According to the words of Madhu Mantena, actors have been living a life of struggle too, it is only their willpower and optimistic outlook that has given them the courage to deal with the put-downs this time has brought. Even hit featuring actors like Deepika Padukone have been struggling to find work opportunities despite being highly experienced and greatly gifted. Even though things have been tough, celebrities are using their clout for noble causes such as educating the masses about the virus and its prevention. Not only that, many of their fan-bases have come forward to raise funds for community causes. Actress Katrina Kaifhas been communicating with her fans, letting them know her favourite recipes and sometimes kitchen hacks too. Kangana Ranaut has spoken boldly throughout, probably not letting anything get to her nerves being the ‘Queen’ she is.  Kartik Aaryan released a video where he spoofs a scene from his film, Pyaar Ka Punchnama. He improvised the dialogue to reflect the urgent need for people to stay at home. It was viewed more than 10 million times on Instagram, surely making an impact.

Actor Vicky Kaushal describes watching the news as “heart-wrenching” but hopes his fans can “be as careful and responsible” as possible and try to find the “little joys in life”.

Similarly, Deepika Padukone says: “Now, it’s just about focusing on other things that bring about joy or positivity or happiness.”

“Even though, these times are proving to be difficult for almost every industry, we can hope for a happy ending”, Mr. Mantena ends.

That was it from our sneak peek with Bollywood insider, Madhu Mantena. 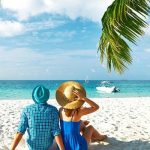 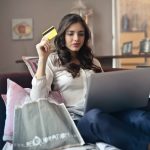 How Can Credit Cards Give You a Hassle-Free Shopping Experience?