Do you want to make your next run easier? Well, listen up. Running is an effort, and sometimes it’s much of an action that you don’t even ever get out the door. What if I told you I have seven tips to make your next run more enjoyable? Yes, it is true. These tips could be a game-changer. One extra tip is the clothes while running. If you want to start a clothing business then examining runners can help you a lot.

I’m going to start with an obvious tip. Plan your route wisely. It’s best to avoid killer hills, soft ground, or uneven terrain if you want to make your run more efficient.

If you think about it running on the flat, you’ll be able to keep your heart rate under control, and you’ll also be able to go faster for the same amount of effort as you would do if you were running uphill. Then think about the surface. If you go for something smooth and hard like asphalt, it’s naturally going to be much easier because you’re not going to have to concentrate on where you are going, and you’re also not going to have to pick your feet up relatively high.

Mud, long grass, and soft sand also worth avoiding if you’re trying to limit the amount of effort for your run as that is going to naturally zap your energy for that same pace you’re going to be going forward. You might even want to consider how busy it is where you’re running and the area around you because if you’re having to continually stop and start to get past people or let people pass you, it’s naturally, could it be more tiring?

If you’re a cyclist, I expect you to do this already, but checking what the weather’s supposed to be doing for that day can help you prepare for your run ahead. I know I’m starting to sound very British, but I am a little bit obsessed with the weather that when it comes to working out my training, so much so that I will move my run to a period of the day when it suits me more. If you live somewhere where the weather changes all the time, like here in the UK, then it is worth just keeping an eye on that and working out when the conditions are preferable to you. For me, that’s anything avoiding the rain. You can also use the forecast to help you dress appropriately. There’s nothing worse than being too hot and having to take off loads of layers. You end up either tying them around your waist or carrying them in your hand. The same goes for the opposite.

If you’re too cold, you’re going to find it hard to run smoothly, as you will probably speed up to try and keep yourself warm. This might be a little extreme and maybe best left to the cyclist, but if you’re obsessed and want a short run, check the wind direction. If you’re making a loop that’s sheltered for one section and exposed for the other, make sure you run with a tailwind on exposed, but I think you go for the shelter when you’ve got a headwind.

Music is something that some people swear by when it comes to running. Many of my friends will only run if they’ve got their headphones with them, and there’s no physical effect, but it’s a psychological effect that can help make your run easy. It’s how it feels, and you might want to think about what tracks you’ve got.

If you are doing an effortless light run, maybe you don’t want some heavy metal music because that could motivate you and make you run faster and faster without even realizing it. If music’s not your thing, then maybe having some company, getting a friend to run along with you, and that distraction technique will still at least make your run feel easier.

Running will feel harder if your stomach is empty or complaining that you’re hungry and don’t have adequate nutrition. The same goes for the opposite end of the spectrum. If you’re full, then it’s going to be pretty uncomfortable to try and run. You want to plan when it comes to your fueling. If you’re having a big meal, try and leave two to three hours, at least, until you do your run.

If it’s a snack, then that’s around 30 to 60 minutes, obviously, depending on what you’ve eaten and what run you’ve got planned. Suppose you’re tight for time or you’ve forgotten to eat and don’t have enough time to digest it, then even grabbing a few sweets on your way out the door will give you that psychological added benefit and also a little bit of added calories.

This flows on quite nicely from what you eat as when you can run is quite often dictated by what you’ve previously had nutrition-wise that day. Also, do consider just when you’re naturally more awakened when running would suit you, you get some people who love to go out early at the crack of dawn and clear their head before they start work.

Others prefer an evening run when they’re letting off steam from the stresses throughout the day. When do you run to feel more comfortable? How about trying to leave your watch at home? Not everything has to be put online and shared, and it might sound daunting to run without a look. Still, when you leave that pressure behind of other people knowing how fast you run or how far, it might suddenly just feel that much easier, and you never know, you might even end up running more quickly without knowing it.

Not that we’ll ever know. On this point. If you want to run with a watch, do your best not to look at it. Forget about the speed. If you want to run, to feel more comfortable, slow down. It’s not always a bad thing, and also the length of your run, the longer you’re going to be running, the harder you’re probably going to find it. Don’t be afraid to shorten it now and then.

This final one is more of a psychological tip. It’s one that will help your run seem more comfortable, or at least be easier to get going in the first place. Give yourself some incentive for the end of your run, whether that’s just the thought you’re going to have a hot bath when you get home, or you’ve got a nice meal to look forward to.

You could even take it a step further and make a point-to-point run, knowing that you’re finishing somewhere you want to go, like a friend’s house, for example.

How Cheap Fashion That Looks Expensive 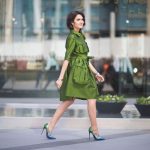 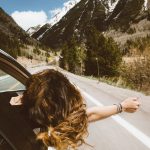