TikTok is a social sharing network and it allows the users to share 15 seconds videos. The unique idea of this social network app is that it allows the users to add music and famous dialogues of their favourite movies in the background of their videos. Users can also improve the quality of their videos by using its essential tools like merge, duplicate, cut and trim. In 2019, TikTok was one of the most downloaded apps along with Facebook. Nowadays, this app has more than one billion downloads on Android and iOS. This app is creating some problems in society. That’s why some countries are taking strict actions against this app and they are banning it. Here, experts of dissertation writing services will discuss why it has become necessary to ban TikTok.

Tiktok is a Stream of Accidents:

Lots of people have reported lots of accidents that are actually occurred while making videos for the TikTok. Recently, an incident is reported in the New Delhi. In this incident, a boy was accidentally murdered by hitting the bullet of a gun. Actually, it was a group of three friends and they were shooting videos for the TikTok with real guns. While shooting videos, the gun was fired accidentally and a 19 years old boy was killed by his friends. Delhi police have arrested the other two boys. Another recent incident is the murder of a young boy. He was shooting the TikTok video and a bus crushed him accidentally. The craze about this app is that it takes a few seconds to make and upload videos on this platform. Its reason is that you are limited to upload just 15 seconds videos. On the other hand, some other video sharing platforms like YoutTube requires lots of time to upload the videos because you can upload lengthy videos on these platforms. When people try to shoot videos for TikTok in a hurry, they have to face accidents. Moreover, the craze of getting more views and likes also encourage the people to shoot videos in the danger zones. As a result, they have to face these accidents. Due to this stream of the accidents, the government should ban the TikTok.

In India, TikTok is facing lots of issues because the high court has some genuine reasons against the TikTok ban. According to Tamil Nadu high court in India, along with positive aspects of this android app, there are also some dark aspects of this app like cyberbullying. Lots of people are trying to harass the children by using this app. According to reports, lots of underage children are also using this app and lots of underage children have reported to the counsellors that they are facing cyberbullying issues on the TikTok. As underage children are emotional and if they have to face cyberbullying issues constantly, they commit suicide. To get control of cyberbullying and to save the young children from being committed to suicide, it is also necessary for the governments to ban the TikTok.

This android app is also involved in creating and sharing sexually explicit content. Some people take pictures of the schoolgirls and women on this app and they try to morph these pictures with erotic content. When they upload this kind of content on the TikTok or any other social media platform, these school girls and women have to face lots of issues. Some TikTok users also record vulgar videos of the women, girls and young kids and upload these videos on the TikTok. As a result, they get lots of views and likes but these kinds of activities actually hurt these women, girls and young children. Therefore, if we want to save our generation from the creation and uploading of the sexually explicit content, it is also necessary for us to ban on this android app.

Another dark side of this app is that we can’t watch its content in the crowded bus or shared cab like other social media platforms. Its reason is that the content of this app is just like pornography. That’s why you have to watch TikTok videos alone. Due to this reason, the Tamil Nadu government has taken strict action against this app. According to the Tamil Nadu government, the content of this app is literally pornographic. Therefore, if we want to save our generation from this kind of content, it is also necessary for us to impose a ban on this app.

Stapler: An Invention That Made Human Work Simpler 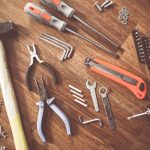 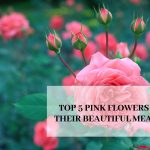